The bad kitties ensured that I was wide awake before 7. I had planned on taking Luke for a walk at the Biltmore but, as the gates don’t open for members until 8, we enjoyed a leisurely walk at Carrier Park instead. We then visited Ace Hardware and the Starbucks drive-thru. I was anxious to begin today’s programmed workout, as it’s been two years almost to the date since my last attempt! ACDF surgery prevented me from attempting. That and forgetfulness.

Okay, so I didn’t recall the correct order and, if anything, it made the workout more challenging. How so? I completed press, BS, and then DL; thus, two consecutive leg movements. And that’s okay. And I’m still counting it.

I did not intend to attempt and/or establish 1RM for any of the lifts, but sometimes things just fall into place.

I rowed 500m and then began to press. I didn’t waste energy completing numerous reps (for any of the lifts) but instead quickly got heavy weight on the bar. The press @ 135# felt heavy, so I settled on 145# for total weight. Uhm, 145 felt easier than 135 so I put 152 on the bar. The_stuggle_was_real. I sent video to my very good friend (and CF coach) Evelyn to confirm that the rep was good, you know, since you’re supposed to have a judge for reps. A mere 1# PR, but I’ll take it. An athlete is allowed 3 attempts at any one weight but I had no desire to attempt a heavier weight.

I’ve been struggling with the back squat and today, while the lift went better than expected, was no exception. As previously noted, I’m cautious with this lift as the barbell resting on my traps & neck is, well, too close to the fusion for comfort. I decided that 145 would  be a good weight to squat, and I completed a rep at the weight with somewhat of a struggle. I decided to go for 247, a mere 1# PR and 10# less than previously lifted weight when I last did total. The_struggle_was_real. But I got it! Yup, Evelyn reviewed lift. Again, I didn’t attempt another lift.

Two for two! My legs were tired so I thought it unlikely that I’d get a deadlift PR. I set goal of 375, as that would nonetheless be 10# more than weight lifted last attempt (and would more than ensure a new CFT PR). As 375 went up more easily than expected, I put 381 on the bar. The_struggle_was_real. But I got another PR! Three for three, bitches. And I didn’t attempt a heavier weight.

I needed to work up a sweat.

I set a goal to complete a round a minute and did just that plus 3 reps. And I worked up a very good sweat.

I listened to chorale music composed by Gorecki. Because I can.

I’ve begun to flesh (not “flush”) out my memoirs.

According to DuoLingo I’m not 55% fluent in Spanish. I do well with vocabulary. But those damned verb tenses… 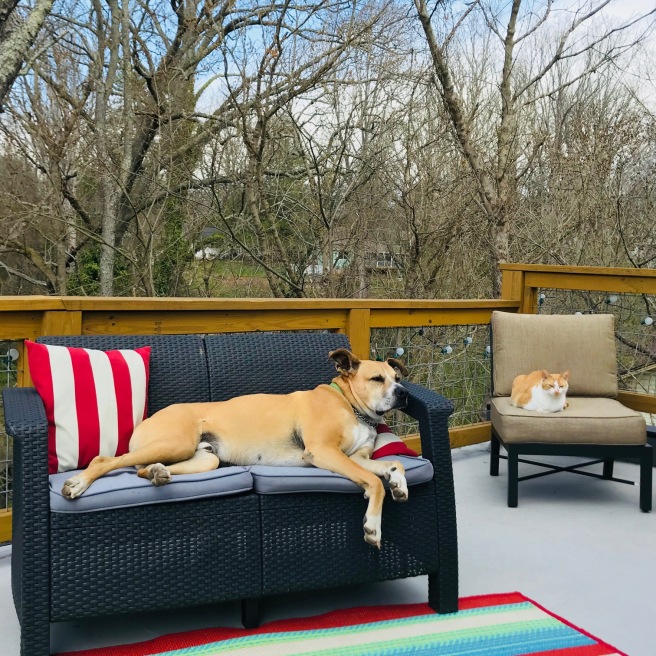